Yahoo Sports
Share on FacebookShare Share on TwitterTweet
Argentina and Brazil both needed comebacks from early away deficits, with Neymar passing national team royalty via a hat trick which included two penalties. 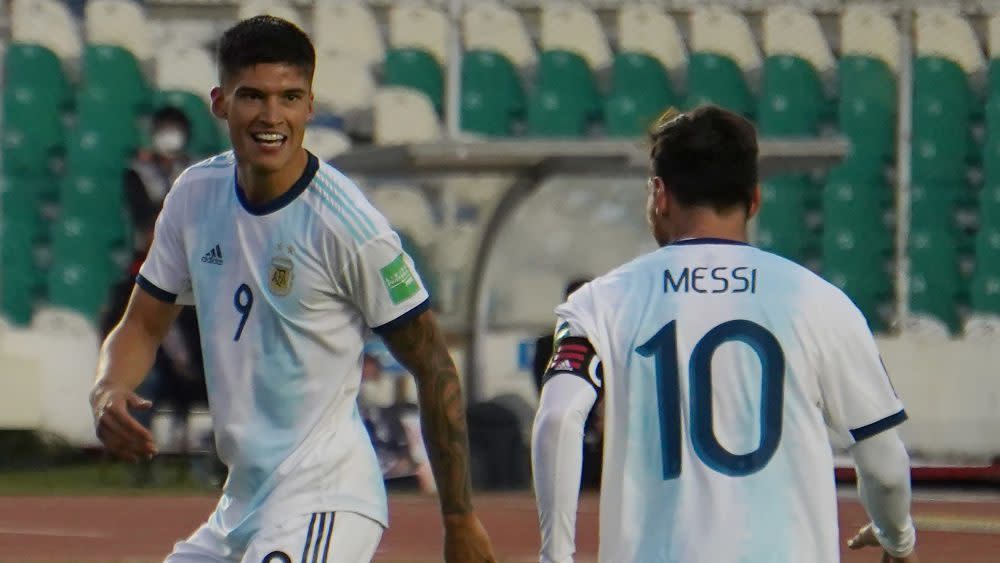 CONMEBOL brought its A-game when it came to the second match day of 2022 World Cup qualifying, with only one nation held off the scoreboard.

And that nation had a goal pulled off the board by VAR and a missed penalty in stoppage time.

Argentina and Brazil both needed comebacks from early away deficits, with Neymar passing national team royalty via a hat trick which included two penalties.

And Radamel Falcao — yes that one — struck late to break Chilean hearts and keep Colombia unbeaten early in qualifying.

Argentina avoided a stunning upset through a remarkable turn from recent history.

Lautaro Martinez and Joaquin Correa became the first players not named Lionel Messi — a run of six goals — to score for Argentina in a World Cup qualifier since 2016.

Which isn’t to say Messi wasn’t involved in overcoming a surprise 1-0 deficit to the hosts in La Paz.

Cruzeiro’s Marcelo Moreno put Bolivia ahead after 24 minutes but Lautaro got the equalizer just before halftime.

Bolivia looked en route to a big point against Argentina, having beaten them 2-0 in 2017 World Cup qualifying when Messi missed out through suspension.

But an opportunistic Messi beat teammate Nicolas Dominguez to a loose ball before finding Lautaro, who set up Correa’s blast to win it and give Argentina six points from six.

Messi finished with five key passes and won 11-of-15 duels, pretty good for a 33-year-old.

Brazil joined Argentina in a dicey start to an away match, as Andre Carrillo continued his good form with a sixth-minute goal in Lima.

Neymar converted a penalty in the 28th minute to tie the game and Ronaldo for the second-most goals in a Brazil shirt, then a second penalty in the 83rd to win it and pass Ronaldo. Pele is No. 1 all-time with 77.

Peru retook the lead before the hour mark through Rentao Tapia but Brazil had a quick answer when Richarlison poked home a Roberto Firmino ball that may’ve already been destined for goal. #MerseysideDerby.

Ecuador needed this; La Tricolor rebounded from a loss to Argentina to smash Uruguay, who got two consolation penalties from Luis Suarez after the 84th minute.

The hosts took the first 14 shots of the match and didn’t allow Uruguay to shoot on target through three-quarters of the 90 minutes.

Toluca forward Michael Estrada scored twice, one set up by Enner Valencia, after Moises Caicedo opened the scoring. Both teams had a goal taken off the board by VAR.

Gonzalo Plata celebrated his impending 20th birthday by scoring his second goal in six caps. The Sporting Lisbon youngster also has an assist in his first half-dozen senior appearances for Ecuador.

Chicago Fire midfielder Gaston Gimenez scored on his second cap for Paraguay, who leaves the international break with four of six points.

Newcastle fans can exhale, as Miguel Almiron overcame an injury scare to start.

There was an early goal in this one, too, as Bournemouth’s Jefferson Lerma scored in the 7th minute.

Chile was faced with the prospect of starting qualifying at 0-2 but looked set to get three points thanks to a comeback led by two old stars.