YouTube down: users are getting 'Something went wrong' error messages 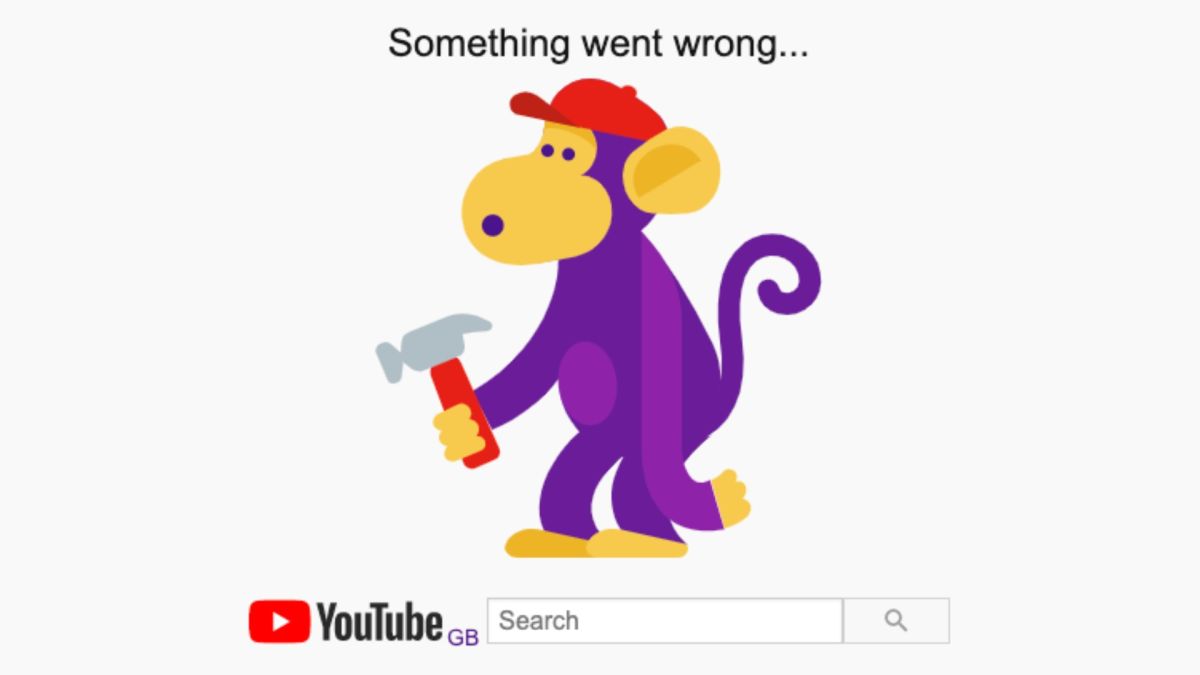 Update: Is YouTube down? Users were experiencing ‘Something went wrong’ error messages across the video streaming service. However, the issue seems to have been somewhat fixed, with YouTube now loading for many users – however, there are still a few issues. It appears the video streamer is loading slower than usual, while other Google functions and apps are still not working properly. We will update here when things are back up and running fully.

Original: If you try and head to YouTube now, you’re likely to be met with a ‘Something went wrong’ message after a long delay. There’s even a purple monkey holding a hammer – cutesy shorthand for YouTube experience some serious technical difficulties. There are also "There was a problem with the server [503]" error messages without a fix in sight. Of course, everyone's taking it well.

2nd time in 2 months.#ThisHappened2020 to @YouTube and @Google too.The monkey's now getting on my nerves.A hammer, without a nail. pic.twitter.com/xzsHCGowqgDecember 14, 2020

To everyone who thought that it’s their wifi or mobile data problems which caused their YouTube not to work.#YouTubeDOWN #gmailDOWN pic.twitter.com/t5nPLmx757December 14, 2020

So, what’s gone wrong? It’s unclear at this stage – but appears to be a widespread problem with all of Google’s Suite services. Everything from Google Docs, to YouTube, to apps that use Google’s API to log in – such as Pokemon Go – are all down.

Curiously, there appears to be a workaround for those who still want to use YouTube for purposes of work avoidance and procrastination. Namely, the YouTube app is currently up and working as of writing, so you should head on over to your iOS or Android device if you still want to use YouTube while it’s down. Additionally, if you were never logged in to your YouTube account, you should be able to access it. Or you can try another browser where you aren't logged in.

As for everyone else, it’s worth keeping an eye on YouTube’s social media pages as well as the Down Detector for news on what’s happened and when the outage is likely to be over. For now, we can experience what life was like pre-2005 – and pray that 2020 hasn’t also seen the end of YouTube along with ruining everything else.